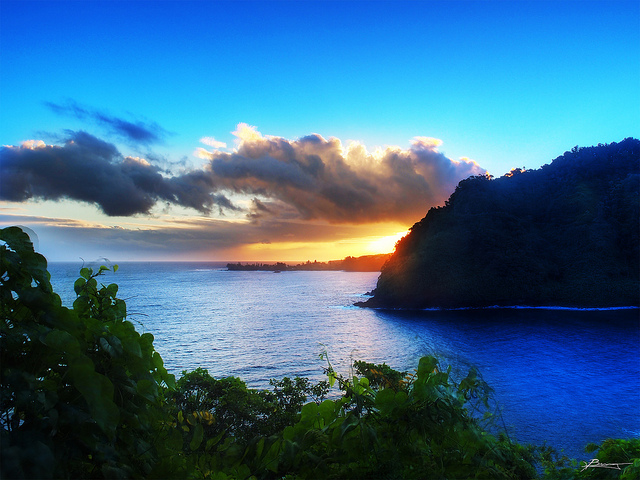 Overview in a nutshell

Oahu is Hawaii’s main tourist island. It’s where the state capital Honolulu and iconic Waikiki beach are located. Oahu has a population of 1 million, around two-thirds the population of all the Hawaii. In contrast, Maui’s population is under 150,000 people. Most commerce (e.g banks), larger businesses and employers, the Hawaii Theatre Centre, the zoo (Honolulu) etc are located on Oahu. If you want to feel more like you’re in the US but with beaches, Oahu is a good choice. If, like me, you want to feel more like you’re on a small Hawaiian island paradise in the middle to the Pacific Ocean and less like you’re in the US, then Maui or the other islands (the big island or Kauai) might be the way to go. Don’t be mistaken in thinking you’ll have to rough it if you chose to holiday on Maui. There are great accommodation options there including Maui vacation rentals.

Shopping on Maui vs. Oahu

Oahu has most (but not all) of the chain stores familiar to those from the mainland USA. There’s two Whole Foods supermarkets, a Costco, a Walmart supercenter etc. These are all reasonably close to the Waikiki tourist district. You can quite easily take a bus to Walmart from Waikiki but Whole Foods and Costco will require about a 10 and 15 min drive respectively from the tourist zone. Again you can get to both by public bus but this will take longer.

Maui also has a Whole Foods, inside the Maui Mall in Kahului, not too far from the international airport. Maui also has a Costco, again in Kahului. If you’re a Costco member, it’s not a bad idea to plan a trip there when you arrive. You can get items like sunscreen, a cooler, beach towels, and anything else you might need, without schlepping it all the way from your home. This tip mainly applies for those that are on an around the world trip or similar scenarios where it’s difficult to carry those extra items.
Costco prices are both reasonably similar to mainland US prices. Walmart and Whole Foods prices are a little higher but not exorbitantly so.

If you want a more local experience for your food shopping, I love Down to Earth Organic and Natural, which is like a Whole Foods but on a smaller scale and completely vegetarian. There’s a Down to Earth at 305 Dairy Rd 96732 in the Kahului neighborhood on Maui. Similar to Whole Foods, they have an excellent salad bar and selection of prepared foods. Prices are on par with Whole Foods. There are three Down to Earth Organic and Natural shops on Oahu. We love the one in Honolulu, and the others are in Kailua and Aiea.

If you’re visiting in summer, you may be able to purchase local fruits at farmer’s markets or roadside stalls. You can check out the details for farmers markets on Maui here. However, also Google for the most updated details before you head out. If you’re after local fruit but can’t make it to the farmers’ markets due to their very limited hours (they’re usually held 1-3 times a week, but only for a few hours) you can pick up locally sourced fruit at Down to Earth that is amazing, but pricey. For example, local mangoes, when in season. These are huge and luscious but expect to pay $5 or more.

Don’t forget to sample some Hawaiian coffee while you’re there. The most famous may be Kona coffee, which is grown on the Big Island but coffee beans are grown on the other Hawaiian Islands too, including Maui in the Ka’anapali area, and Waialua Estate on Oahu’s north shore. There are several local coffee roasters on both Maui and Oahu so you are sure to be able to get a good fresh brew whenever you need it.

Unless you’re planning on just parking your butt at your resort for a few days then you’ll want to hire a car to explore the island. The roads are fairly windy and it’s always best to allow at least a full 24 hours to recover from your jetlag before you attempt driving, especially if you’ve flown from the East Coast or internationally. Make sure you either have your own insurance or book an all inclusive rate that includes insurance. People booking from the UK or other countries, should generally not book through US websites as those rates rarely include insurance, since most Americans have coverage through a combination of their credit card (for collision/damage to the rental car) and through their own auto policy (for liability/accidents involving people, other cards, or property beyond damage to the rental car itself). Remember how fond of sueing people Americans are, and Hawaii is still the US unfortunately in this regard!

Pitfalls to avoid when planning a Maui trip

Too short a trip – flights from west coast USA are a minimum 5 hours and longer if you’re coming via Oahu. If you are coming all this way then you really should stay for at least a week so you can unwind, relax and really make the most of the paradise that is Hawaii. If you can afford it or you have the points then there are some lie flat business class flight options from the mainland US, including on American from Dallas (nonstop from DFW to Maui), and also on international carriers from Australia and New Zealand (but those will require connecting from Honolulu) that will get you there already relaxed and refreshed.

If you want to see Maui, make sure you explore beyound the main tourist areas of Wailea, Kihei and Lahaina. If all you want to do is hang out at a resort, then there are probably better options for doing that (depending on where you live) that don’t involve such a big flight to get there. Make the most of Maui’s unique landscapes by getting active in places like Haleakala, Honolua and Hana.
If you’re planning to drive the Road to Hana, which most people are, then I’d strongly recommend planning to stay a day or two rather than attempting a there and back day trip.

Image by Paul Bica under a Creative Commons license.