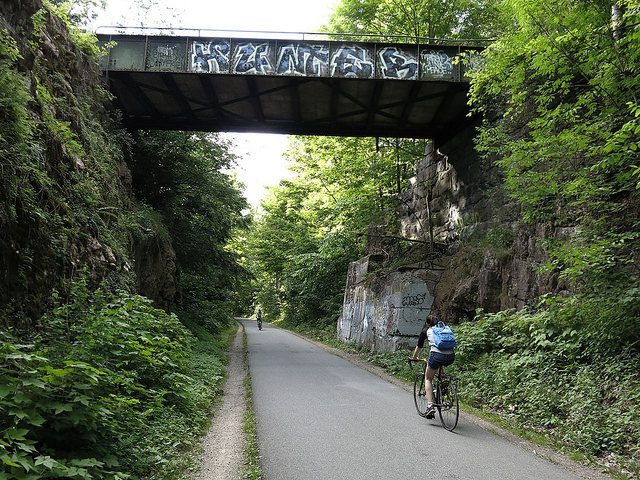 Not a lot of forms of transportation come close to cycling to really experience a country, region or city. It gives you the freedom to go where you want to at a slower pace, allowing you to gaze around and see details you would never notice from the seat of a car or bus. You feel the wind, smell the scents, and hear the voices of people and the singing of birds.

Let me rephrase that first sentence. No forms of transportation come close to cycling to experience a place.

Some places, however, are more suitable for cycling than others. Particular countries or cities may not have bike paths or any facilities for cyclists at all, while some other countries have better bike paths than actual roads. This is something important – and the first thing – to keep in mind when planning and preparing for a cycle holiday. Most of the countries in western, northern and southern Europe have excellent bike paths and there are numerous long-and-short-distance cycling routes throughout the continent. Africa and Asia, on the other hand, don’t have proper bicycle paths and going on cycling trips there is only suggested if you’re an experienced cyclist. So, be aware of the traffic situation wherever it is you want to go cycling. Better safe than sorry.

Two other things that are important to think about when planning your holiday is how long the trip is going to be (distance and time) and whether you want to sleep in the same hotel every night or move around all the time. The latter will allow you to explore a lot more of your destination, while the first will enable you to cover greater distances in a day because you won’t need to carry all your stuff on your bicycle. For beginners and inexperienced cyclists it is suggested to stay in the same place for the duration of your holiday and take your bike for day trips in the area. If you are traveling by car, you will probably have a bike rack mounted to it, which makes it way easier to transport your bicycle and allows you to greatly extend your range of possible day trips.

If you choose to go on a long-distance cycle tour, you will most likely be sleeping in a different place each night. This can be great fun, but requires a lot more preparation. You will need pannier bags and a strong bike that can carry all your equipment. You will also want proper road maps and a list of potential places where you can spend the night. The distance you can bike each day might be affected by the weather, the terrain, your fitness level and possibly an injury so you need to have a backup plan if you can’t make it to your first choice destination on a particular day.

Western Europe in particular is highly recommended for short bicycle holidays as well as long-distance bike rides, as there are many local and regional bike networks and bike paths are generally in great condition.
In the next post we will talk about choosing the right bicycle and gear for the cycle holiday of your choice.