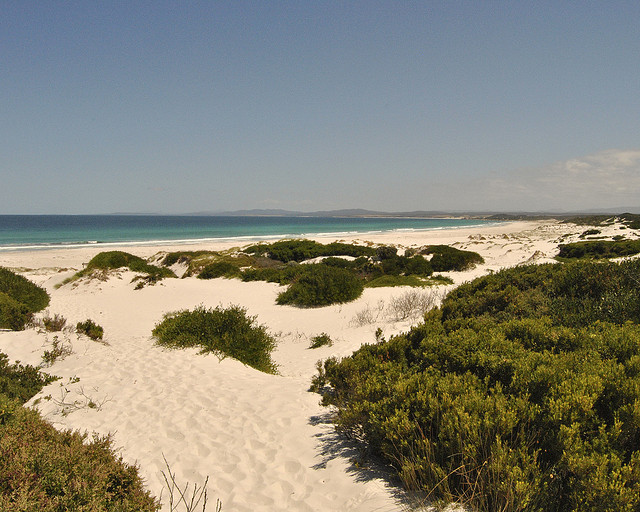 When people visit Australia, the vast majority of them tend to skip Tasmania. Almost without exception, the focus of a tourist lies on Sydney, Uluru and the Great Barrier Reef. While these are without any question amazing places, there is a lot more to Australia than the classic highlights. It’s an enormous country and surprisingly diverse as well. Melbourne is the country’s hub of culture, arts and sports, South Australia has wineries and the Outback and the entire western part of Australia is empty and remote yet full of pleasant surprises. Also full of surprises and often skipped is the small island state of Tasmania. It can be reached by plane (to Hobart) or by ferry from Melbourne (to Devonport).

While about half the surface area of Tasmania is covered in woods and wilderness, there are also great beaches and nice little towns. It’s a vibrant mix of all things good, if you like being outdoors. There are several National Parks, rivers, mountains, lakes, forests and – being an island – there’s always water nearby.

Let’s go on a clock-wise tour of Tasmania and take a look at the island’s great outdoors, starting on the north coast.

Launceston is one of the larger towns in the northern part of the state and makes for a great base to explore the region. The Tamar River flows past the town towards the Bass Straight. Suggested places to go for a hike are Cataract Gorge – really close to Launceston – and the Tamar Valley – a short drive away.

Continuing in an easterly direction, you will pass many forests, waterfalls, rivers and hiking trails until you arrive on the northeast coast. There, the Bay of Fires is a stunning piece of coastline. The fishing is great and, again, there are several hiking trails. You could explore this area on a bicycle as well.

More to the south lies Wineglass Bay and Freycinet National Park. Wineglass Bay is arguably one of the most beautiful beaches on the planet and the national park offers many excellent hikes – short- and long-distance. Several bays and beaches are just to be explored by sailboat or sea kayak. Traveling in a southwesterly direction will bring you to another national park: Mount Field National Park. Here you can go on hikes underneath massive gum trees and tree ferns that make you feel like you are in another age of the world.

The entire southwest of Tasmania consists of the vast Franklin-Gordon Wild Rivers National Park, of which it is sometimes said that the Tasmania tiger still roams its woods. It’s true wilderness though, and going there should only be done after proper preparation and planning. Another, more accessible national park is the Lake St Clair-Cradle Mountain National Park. As you may expect, the two major attractions here are Lake St Clair and Cradle Mountain, which are connected by the fabulous multiple-day Overland Track. There are also numerous shorter hiking trails throughout the park. On the central west coast lies wide and sandy Ocean Beach, where on a good day, you can see large waves and spectacular sunsets.

The air quality of this area is said to be the best in the world, so make sure to head outside, get active and breathe some lung-fuls of the world’s healthiest air.