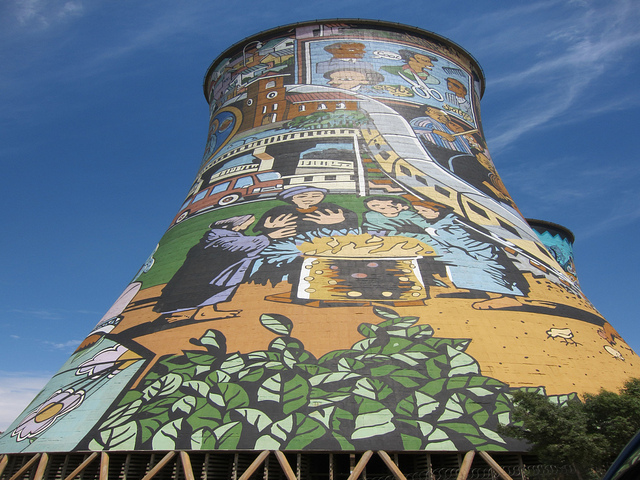 Whether you’re a tourist visiting one of the three biggest cities in South Africa for the first time, or a local who has experienced most of what there is to do on Johannesburg’s surface, this list can enlighten you about something you didn’t know.

1. Get Lost in the A-Maze-ing Honeydew Maise Mazes

Chances are, you were once a child who could think of nothing more exciting than getting lost in a maze. We see them in a rich person’s garden in movies, we see them on a grand scale in Hollywood blockbusters, and now we can all fulfil any fantasies that those childhood media experiences conjured up. At R120 per adult and R80 per child (under 16), the outing is well worth it. Cheaper family rates are also available – they’re open every weekend and public holiday from 10 in the morning until five in the afternoon and the last tickets go on sale at half past two.

2. Experience a City in Transformation While Walking Through the Maboneng Precinct

Gentrification worries aside, the Maboneng Precinct is a sublime three to four-block area in central Johannesburg that highlights what most South Africans wish the new South Africa would really resemble. Filled to the brim with young and old creatives alike, it emits an atmosphere of relaxation and general good vibes that can only be experienced first-hand. There are galleries, restaurants, and various designer stores in refurbished shipping containers and rescued warehouses.

At R150 a day, the Red City busses are by far the best way for any newcomers to explore the city. They pass by the doorstep of almost all the major landmarks and stop within walking distance of the less traditional destinations as well. Amongst others the tour includes shopping destinations, museums and the Top of Africa, as well as the option to include the Soweto leg or not. Children under five get in free, and under-12s get the same day pass for only R80.

4. Climb, Bungee Jump Off of and Enjoy the View from the Orlando Towers

The cheapest bungee jump site in the country, as far as we are aware – at only R480 per jump! There are also power swings for R360, internal swings for the same price and abseiling (on Saturdays only) for R260. All are pretty incredible prices, considering the adrenaline-fueled experience you’ll have on the towers. We can heartily recommend it. For the less danger-inclined, there is a viewing platform open for only R60. The towers are open seven days a week, from 10 in the morning until the sun sets.

Most of these activities are best experienced with friends, and Johannesburg has no shortage of people to call your own. These only scratch the surface of what the city has to offer, and we urge you and your potential friends to explore the city and find what it has to offer you!